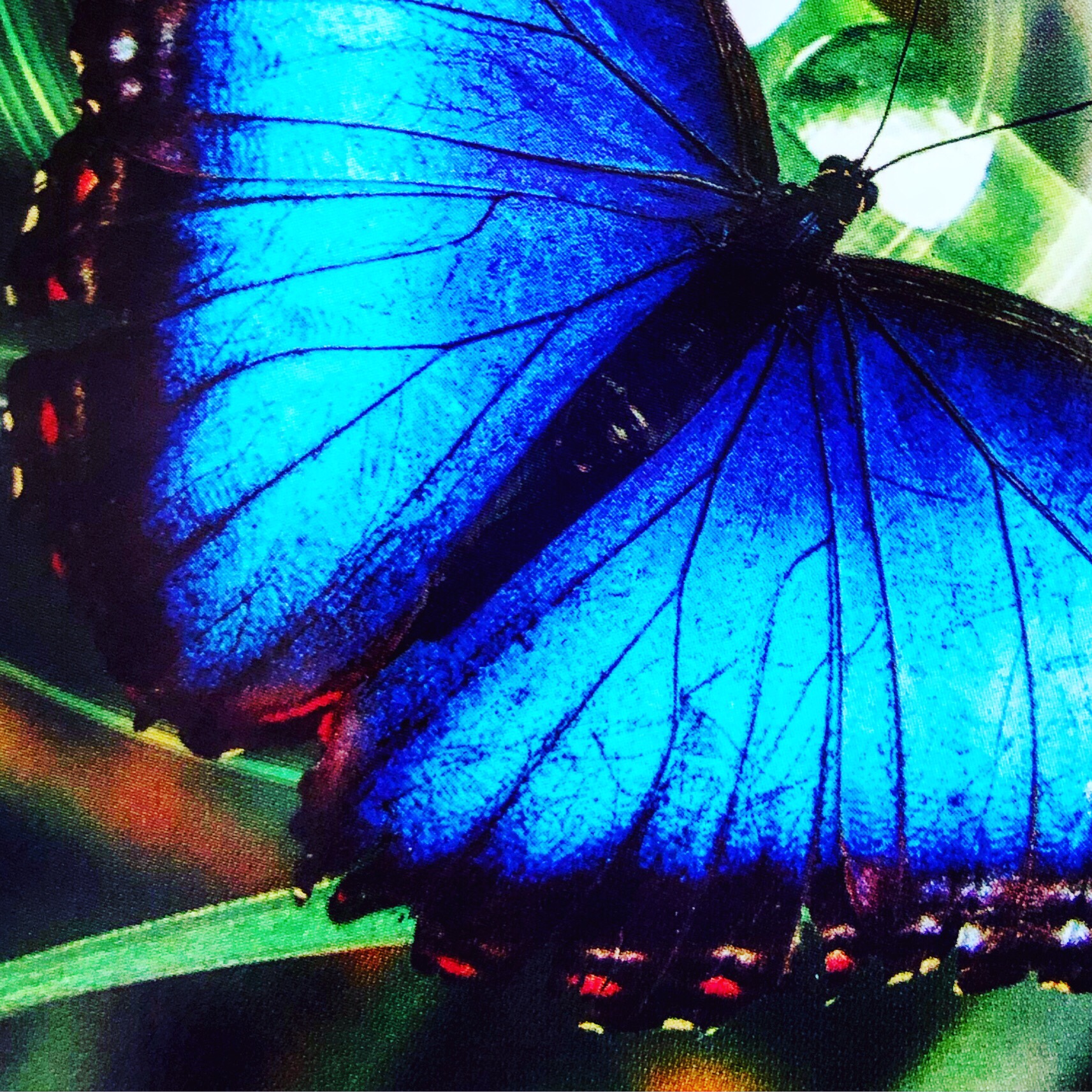 “We can’t fix something that we can’t face.”- Dr. Kenneth Rosenberg

Bedlam is both a book and full length documentary by psychiatrist turned author and film maker, Dr. Kenneth Rosenberg.  The book was released in October of 2019. I found the documentary on YouTube last week. As per usual, Katy Perry’s latest music video has more views. 943 million people thought Bon Appetite was more fun to watch than the 6,000 socially conscious nerds, myself included, who tuned in for a current examination of the mental health crisis in America. I almost have FOMO.

Fair warning, as a seasoned clinician with nearly 20 years experience, in addition to recovering from my own lived experience of complex trauma which caused me to develop C-PTSD, OCD and Anorexia in my various attempts to cope with awful experiences no human being should have to live through, I hadn’t planned on crying. None of what’s revealed in the film is news to me. In fact, I found a giant hole in the story which I’ll be talking about in a minute. But first, the reality of how we’ve failed to love ourselves and each other, broke my heart. You can watch the documentary here:

Filmed over the course of 5 years, Dr. Rosenberg takes viewers inside LA county’s primary treatment facilities: a prison, a homeless outreach non-profit and an emergency room. The film follows the stories of several individuals struggling with a range of serious mental health issues. Dr. Rosenberg was, in large part, inspired to shed light on the issue years after losing his only sister to untreated symptoms of schizophrenia. While I say untreated, her brother, even prior to pursuing a career in psychiatry, had gone to extensive lengths to get help for his sister. Unfortunately, like so many families, even those with access to the very best resources, they were left optionless for reasons the doctor reveals in the film. This familiar detail offers a clue as to why it’s crucial for individuals to have access to resources beyond our own families for care and recovery. Many families feel overwhelmed with frustration in trying to help a loved one who’s battling a serious mental illness. Marsha Linehan, founder of Dialectical Behavior Therapy, addresses this with painful but compassionate clarity in her memoir Building a Life Worth Living, in which she reveals her own lifelong battle with mental illness. Sometimes, as Marsha shares, whether they meant to or not, our families hurt us. We need the opportunity of re-experiencing ourselves in a safe community in order to fully heal. Some of us will need access to a restorative, re-parenting community for the rest of our lives. Our current system only caters to those of us who’ve learned to mercilessly over-function, tucking the entrails of our wounds into our pants each morning to forward and limplessly march. We rank, file, rot and somehow find the will to smile behind cash registers and desks. We’re in pain too but we go to great lengths to make sure no one is saddled with the burden of our existence. Maybe we simply lack the courage to completely surrender to the ocean of madness swelling just beneath our seemingly seamless surface.

My father worked for 30 years at one of the last long-term care facilities in the country. He started off as a janitor (which is partly my fault. He was supposed to be a famous musician but then…me. Long story. I digress.) When families were unable or unwilling to care for children born with physical or mental exceptions, they turned to institutions like Wrentham State School, now on the national register of historic places. Wrentham transformed from an underfunded, understaffed institution that began in 1906, to an underfunded, understaffed modern care facility featuring group homes, day treatment and outpatient care in the late 90’s and early 2000’s. My father worked there throughout its transition and I still don’t know how the hell he did it. Throughout my career I’ve found inspiration and reasons to not jump off a cliff, in stories he’s shared about fighting for the humanity, rights, joy and protection of those he served.

While there are certainly parts of the history of psychiatry many of us would like to forget, its more important than ever that we look back, with our eyes wide open, at the whole truth of our collective past.

How the U.S. Made it a Crime to Have Mental Illness

One particularly poignant story in the film is that of a man named Monte who just happens to be the brother of Patrisse Cullors, co-founder of the Black Lives Matter movement. Racial discrimination is a global, cultural trauma which continues to wound millions of people. We cannot fully heal until the active and passive wounding ends. As a planet, we’re collectively shaking our family tree awake and saying enough. This particular intersection of the Black Lives Matter movement and mental health reform was gut-wrenching, timely and profound when considering the patriarchal and oppressive roots of psychiatry. White men in power, whether they’ve worn suits or lab coats, have systematically silenced, shamed, enslaved, punished, imprisoned and are still actively imprisoning millions of victims of trauma; the blood of whom is on their hands. And that is the one word missing from the entire documentary. TRAUMA.

Trauma is the root of all dis-ease.

Period. Amen. And no one wants to hear or believe it, cause frankly, it’s a huge bummer. There are a handful of studies conducted by a handful of brave souls attempting to prove it but those of us who aren’t ready to face facts aren’t all that impressed with science or data. And those of us who’ve already made the inextricable connections between biopsychosocialsprititual trauma and all the ways it injures us with visible and invisible wounds, don’t need a bunch of studies to tell us what our hearts, minds and energy fields already know with every fiber of our viscerally ethereal beings. I’m writing a second book all about it so I won’t bore you with those details here. Just planting my flag. You heard it here: WE ARE BORN IN PROVIDENCE AND TRAUMA IS THE ROOT OF THE WOUNDS OF THE HUMAN EXPERIENCE. Duh.

All that to say, I found it interesting that the doctor says we can’t fix things we can’t face. Mental illness is the symptom. Let me say that again: mental illness is the symptom. As a society we’re playing Hot Potato with the symptoms of root causes which include: capitalism, colonization, human trafficking, incest, sexual abuse, rape, domestic violence, insider trading, psychical abuse, matricide, emotional incest, child parentification, child labor, slave labor, verbal abuse, psychological abuse, patricide, pesticides, discrimination, racism, ableism, genderism, misogyny, sexism, the entire meat and food industry, puppy farming, the exploitation of bees, the entire marketing industry (stop hijacking my lizard brain! I don’t need any more crap from Amazon!), Jeff Bezos, Hollywood, Bollywood, parental narcissism, bloodline breeding of animals and humans (you will be my pet prince princess!), boarding schools, boarded up schools, fur coats, diamond mining, war, genocide, Fox News (c’mon, you mean to tell me you feel just fine after watching that disaster for even ten minutes? Nightmares!), speaking of nightmares: clowns, the circus, police brutality, pandemics, being too rich, being too poor, being named Karen, being named Sue, being named to go as Tribute, not being named at all, being abandoned and raised by wolves (don’t laugh, that’s a real and horrible thing), being picked on or just being picked last. Comparative suffering is not allowed here. The sooner we start qualifying our pain, the sooner we can take giant leaps to new frontiers called World Peace. Ugh, maybe we could get Katy Perry to make her next music video about collective trauma healing?

We face and fix things in digestible pieces and this was as much as the good doctor could chew. Back in the day I could devour entire closets full of expired, chocolate covered granola bars (My stepdad briefly drove a Hostess truck. I went through a purging, closet phase.). While I never want to see another chocolate covered granola bar again, I’ll probably spend the rest of my life talking about the cavernous hole in our collective soul and what we really need to feel truly satisfied, safe, sane, and full. (Hint: it’s not processed sugar and lies.)

Overall, it’s a monumental documentary that a few people will care about. My hat’s off to the good doctor for shedding light, sharing his family’s story, as well as sensitively sharing the stories of individuals who consented to the intimate disclosures of their struggles, including those working in the broken system. I want to give the ER doctor a hug and a high five. If all providers did what she does it might help speed up this transformation we’re in. I was cheering the bad-ass, self-validation she must’ve felt in saying what she said (you gotta watch it). It’s easy to sit back and cattle prod or criticize but a lot harder to work in it everyday while trying to allocate at least some energy to healing not only hurt people, but the shattered system. Many of us are trying and we are tired. Imagine standing on top of moving train while people are screaming at you and all you’ve got are 40 minutes and a band-aid. Oh, and don’t forget to write about it. If you don’t write it down, it didn’t happen and you’ll be publicly humiliated for failing to meet decapitated…I mean, capitation targets.

The good news? We’re finally talking about it.

Consider this a progress note.

ps: I’d love to hear your thoughts if you decide to watch the documentary. There are a million other things I wanted to say but I’m working on a second book and it’s all about the system. I’ve had the outline notes sitting in my phone for a couple of years but now it’s a real book embryo with a flickering heart, chapter summaries, aww and even a name. Maybe if I can show publishers how smart, funny and credible I am, they’ll want to take my life story out for virtual drinks.

5 thoughts on “BEDLAM: The Hole Truth”