Gaslighting and the Great Divide 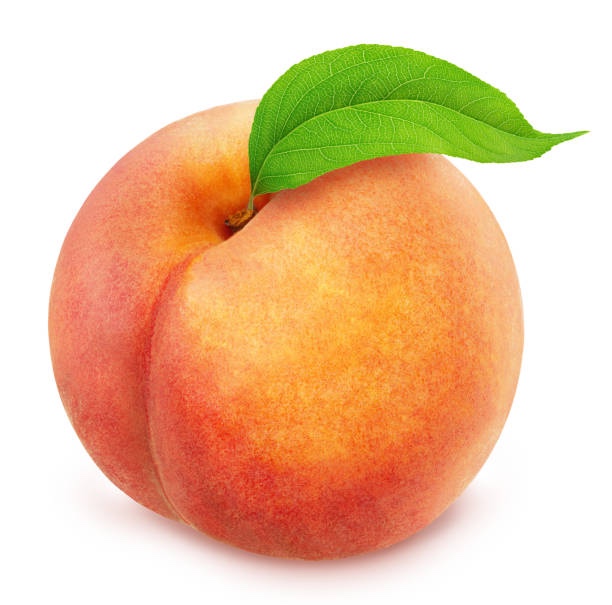 “Gaslighting is a form of psychological manipulation in which a person seeks to sow seeds of doubt in a targeted individual or in members of a targeted group, making them question their own memory, perception, and sanity. Using denial, misdirection, contradiction, and lying, gaslighting involves attempts to destabilize the victim and delegitimize the victim’s beliefs.”-Wikipedia

A quick Google search on Gaslighting results in successive waves of articles giving voice to those wronged by this pathological tactic mercilessly used to drown out the truth. You can read all about the signs and symptoms of being gaslit, the after effects, the suffering we endure as a result of this literally crazy-making behavior. You can learn how to reclaim your truth and protect yourself from these bullies, abusers, narcissists, narcs, a**holes, jerks, maniacs, hang on, I gotta go check more articles to see what other names we call people…vicious home wreckers, manipulators, villainous creeps and cheeky monkeys. I made up that last one.

In all sincerity, gaslighting is a debilitating and emotionally abusive behavior that can cause serious harm, daily misery and lifelong impairment. It can erode our sense of safety, self-worth and sanity causing us to be vulnerable to further harm by those whose own wounds cause them to hurt people.

Did you catch that last part? Hurt people, hurt people. It’s not just a popular 12 Step slogan; it’s the truth. And while the behavior may sap every last drop of compassion left in even the heart of Christ, until those who gaslight learn how to be healthy, safe and loved in the world, they’re reacting solely from fear. Fear causes about half of us to hurt ourselves, half of us to hurt other people and all of us to check in to the Victim Motel each time we lose the seemingly never ending game of emotional tug of war in the epic battle for love. I’m the biggest loser so I deserve all the love, cash, prizes, protection, excuses, relief and good stuff! No! ME! And so on. Will we ever stop?

Confession: As I write this I’m simultaneously begging God to extract me up and out of the exhausting Romper Room of existence.

There are also Victim Hotels, Chalets, Tents and All-Inclusive Resorts. I just picked the Victim Motel cause that best describes my behavioral budget. When I check in there I wallow in self-pity and sweatpants (they are huge and grey), ruminate about how useless and stupid I am, how nothing I have or do is ever good enough and seethe over the general injustice of life. I starve myself, fight urges to cut, argue with God, blame rich people, ignorance and my trauma history for everything and write dark poetry. I do it because sometimes I come to the end of my skill set, hope, energy, faith and literally don’t know what else to do. But then, I take a shower, see my therapist, pray, phone a friend, do some research, meditate a bunch, get actual sleep and eventually find some new way to climb up and over old problems. These days I’m usually cured in about three hours (or three days, weeks, months, years, lifetimes; give or take) so rather than paying for an extended stay at the super deluxe Victim Penthouse with a rooftop garden full of Weeping Willows, I try and make it a quick stay.

Yes, we hurt and we know exactly why. And it’s justified. And we’re offered hope that we can heal and get better. But where are the articles offering an explanation, understanding and hope for the other side? Why do gaslighters gaslight? Why do bullies bully? Why are assholes such miserable assholes? Why do some people become villainous, venomous, home wrecking, hate spewing, heinously infuriating, gigantosaurous genocidal jerks? And, is there anything we do about it?

The country continues to debate on whether or not to impeach the president. (I don’t understand why our so called leaders gave themselves six hours to fight about something they already voted on. Bizarre organized barbarism? The semantics of small minded bureaucracy are exhausting to say the absolute least.) He’s now officially impeached but apparently held a pep rally for himself to help soften the blow. Maladaptive self-care? And only now, weeks later has the official process begun. In government, this is called having a meeting about the meetings.

As a clinician, I’m bound by a code of ethics which prevent me from diagnosing individuals I’ve not personally treated. If a certain world leader had ever been my client I couldn’t tell you because that would be a violation of their privacy and trust. I take my commitment to these codes, laws, ethics and policies seriously. Admittedly, some of us are beyond comprehension but I can’t endorse social violence or humiliation as just punishment. Though, I’m acutely aware of a sometimes debilitating feeling; fear of the wrathful vengeance of unstable egos.

I don’t wish to speculatively debate his mental health…especially not for six hours or however long this trial will last. That just seems cruel and unproductive. The bold-faced corruption of politicians has been publicly broadcast for centuries and has yet to stop any of them.

Beyond arbitrary borders and abstract divisions, I see a universal need for love; spiritual beings attempting to have a human experience, broken hearts, archetypes and a cosmic chess game. What fascinates me most is the sharp and consistent divide; a near 50/50 split that’s barely budged since however long we’ve been living in this alternate reality. Is there some biopsychospiritual explanation for this?

Why can’t we just drop the rope, admit when we’re wrong, see the light, apologize and move on?

The Truman Show, modified by me

Because some wounded egos can’t bear the weight of consequence. And those of us who’ve attempted to be honest have been exiled in one way or another. If we admit fault, what other faults will they vault and assault us with? And what sort of retribution is expected? A pony? A mansion? Free sandwiches for life? Demanding extortion is hardly the grace of humility and merely indicates further abuse of power; often the crime being targeted in the first place. Crime begetting crime. What will replace the false sense of power abusing others once provided? What will replace terror? If everyone’s acting like wild, unconscionable animals, how can we protect ourselves if we should choose to become the lone, sane sapien?

Truth-seers are likely to be called all kinds of names too. Black Sheep, pot stirrer, ungrateful, obsessive, nuts, dramatic, lying, radical, liberal brats. And around we go.

These are the exact same dynamics we see in a hurting (aka: dysfunctional) family. For example:

Hey mum, dad drinks a lot and he’s scary when he’s drunk. Can we get him some help?

Stop being a trouble maker! He just enjoys a drink or two after a hard day and I should know better than to trip and fall into his fist.

Why Do We Deny The Truth?

We deny the truth for the same reasons we use truth as a weapon: We’re terrified of being wrong, alone, punished and unloved.

Being right means becoming a glaring target unless you’re the trendy celebrity of the moment. But be careful. One unpopular utterance and you’ll be knocked off that pedestal for the next preferable and convenient alternate fact. Therefore it’s better to be silent?

Admitting the hurtful things we’ve done is further complicated by the shame and anger we feel as a result of the hurtful, sometimes nameless things that have been done to us.

If you aren’t sure, check to see if it has a ribbon, t-shirt or campaign. Recognized forms of hurt usually have those.

For example, emotional incest between a parent and a child is not openly discussed, broadly understood and has no ribbon. Emotional incest is when a parent places adult emotional burdens and responsibilities on their child. It’s sometimes called being parentified.

Other sophisticated forms of abuse have yet to even register on our cultural radar. I can’t help but think of the families involved in the Varsity Blues college scandal. Or the children of reality t.v stars. Or the still taboo acknowledgement, discussion and interventions to address the global epidemic of sexual abuse, exploitation, trafficking and addiction. Or kids who are bred with the sole expectation of inheriting the duties of a country, crown, class or corporation.

Subtext: The ACE’s study is a promising but elementary equivalent to the collective awakening of the pervasive, historical roots and impact of the history of human trauma.

When certain behaviors and paradigms remain unquestioned and the truth of the harm resulting from the unquestioned status quo continues to be denied, we suffer in the silence of our shared fear, shame and illusion of power or powerlessness.

Love Is The Answer

Imagine if we spoke broadly with informed understanding about Gaslighters? Taking it one step further, why not exchange shaming labels of all kind for the whole truth?

This is not intended to justify or excuse violence but rather to promote accountability through the fullness of understanding as a means of taking steps towards transformation. If all we ever hear is what a terrible, awful, cruel, ruthless, mean, stupid person we are, how likely are we to admit when we’re wrong? How likely are we to ask the angry mob for help when they’re standing with flaming pitchforks in front us, demanding that we join them in hating ourselves into good behavior?

What would happen if we suddenly heard all unwanted behaviors are symptoms of the great pain and fear we’re feeling when we’re choosing to hurt ourselves or others? What would happen if we stopped using wounds as weapons and learned to protect ourselves with a restored sense of self-worth, the ability to practice healthy boundaries and discovered access to groups or communities who supported the truth of our experiences?

What would happen if all our fear, shame, anger, blame and doubt were suddenly replaced with forgiveness, understanding, opportunities to heal and love?

“My husband earned all his accolades after a lifetime of service. I’m preparing for the first holiday season without the man I love. You brought me down in a way you can never imagine and your hurtful words just made my healing much harder.”-Debbie Dingell