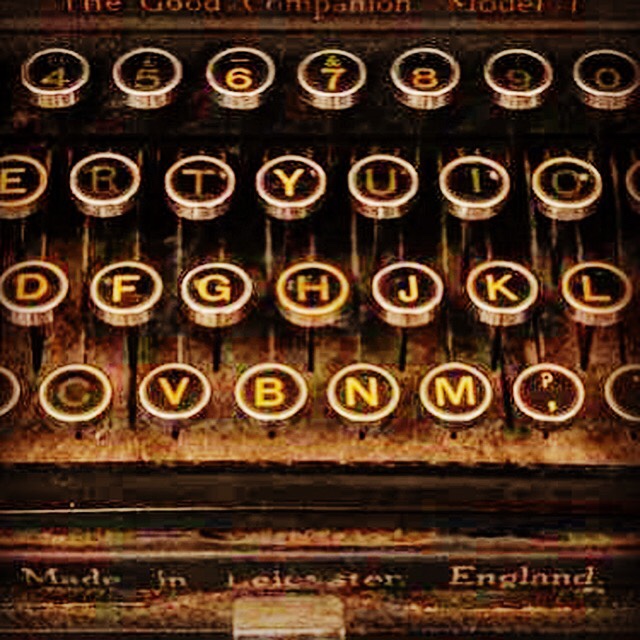 Reporting Our Way to World Peace

Why Journalism Need a Therapist

Journalism isn’t dead, it’s just going through a metamorphosis which looks and feels like dying from the inside out, kind of like therapy.

“The irony was thick. Here was a veteran of the industry, a Harvard journalism lecturer no less, getting facts wrong in a book about “the fight for facts” in contemporary news. More seriously, in the course of wagging a finger at new media, Abramson had committed one of the industry’s most unforgivable transgressions — stealing the writing of other journalists.”–JAKE MALOOLEY

Jake is referring to a woman named Jill Abramson who was born in New York City, went to Harvard and became the executive editor of The New York Times from 2011 to 2014. She recently got accused of lying; admittedly, it’s not an easy time to tell the truth. Has it ever been?

Journalists are people tasked with the responsibility of telling the story of the human experience as it unfolds. Like right now. Hurry up! Refresh my feed!

Sometimes they risk their lives attempting to reflect a reality the rest of us might not be ready to face. When they aren’t risking their lives, they’re battling brutal deadlines, vicious comments, shrinking wages and sexist nicknames. Tits McGee, in case you were wondering, is on vacation.

Seriously though, imagine it’s your job to witness a crime or stand on the front lines of war and extract the purest, most distilled, important nugget of information and present it in some highly profitable, easily digestible headline; equal parts privilege, pressure and pain.

Journalism isn’t for the faint of heart. When I told my life story to a reporter I worried the whole time I might be giving him nightmares by sharing the details of my life, despite the fact that he was the one asking the questions. I worried about his well-being because I’m a therapist. It’s my job to think about how experiences effect people and what resources we have available to ease the sting and maybe prevent all that bad stuff from repeating itself in the next generation.

How Does that Make You Feel?

Unless we’re forced into recovery because of some socially sanctioned, life threatening addiction or circumstance, we tend to avoid the truth, the whole truth and nothing but the truth, so help us…

In fifteen years working as a licensed clinician, I can attest to the fact that as human beings, we’ll tell ourselves whatever we need to believe as a function of survival. Technically, it’s not our fault. My neurobiology made me do it.

Psychoanalysis has a dreadful history. We did all the wrong things for a very long time and we’re still not getting it completely right. But aren’t we all trying our best? Yes and we could do better.

The DSM, Diagnostic and Statistical Manual of Mental Disorders, is essentially a guide for categorizing an array of responses to the awful parts of the human experience through dehumanizing labels linked to billing codes accepted by insurance, sort of like headlines.

10 Reasons You Can’t Think For Yourself

Headlines and labels are only part of the story. Anytime we separate a part from the whole we lose sight of the big picture and tend to fill the holes with assumptions that make us the most comfortable and therefore least responsible for solving the problem. Homeless people are lazy bums, feeding off the system. Hey, did I tell you I just got a heated storage unit? Yea, I can finally clear out some space in my garage for the jet skis I bought with the settlement money. Saweeet!

Again, it’s human nature to preserve our perspective of the world because that’s how we survive, especially when faced with suffering or tragic loss in the absence of the skills and resources needed to deal with reality. Horrific news overwhelms our ability to cope and since most of us aren’t Bill Gates, we aren’t individually equipped to fix problems of epic magnitude. And even though it’s nice to have enough money, we know it won’t solve everything and might even be the part of the problem.

People of color are also still fighting for equality at this time but equity remains a touchy subject when it comes to headlines. Tarana Burke didn’t need Taylor Swift photobombing her cover shot, in my opinion but what happens if we exclude the stories of influential white women? Will they kick us out of their book club?

Back in the day, white men in power needed a way to corral all the people in society who lacked their advantages, authority, sense of entitlement, good looks? and resources while attempting to cope with various injustices, the big and little traumas of life.

The men in charge started analyzing behavior which was measured against Social Norm; a nice, white, able-bodied guy who mows his lawn, wears khakis, marries a pretty wife from within his tax bracket, employs staff, conducts business and has 2.5 children. Any deviation from Social Norm was labeled as some form of hysteria, neurosis, psychosis or unforgivable personal fault. Sorry you’re poor. Try working harder and being a little less homeless, different, stupid, lazy, pregnant, immoral, socially ostracized?

The major differences between Social Norm and his Normy friends are their political affiliations: the Right and the Wrong. Dinner parties get weird. Some therapists have tried using neuroscience to explain the difference between Right and Wrong but so far, no luck getting a conclusive diagnosis about fear responses in the DSM, probably because the board is made up of people from both sides and they don’t want to get kicked out for having a tiny amygdala.

Mine’s huge! *eye roll* Yea, we know Bob. You tried killing Karen’s KitKat cause you thought it was a spider. Then we have to listen to Bob talk about the dangers of snacking for nine hours but tomorrow, when policy reform comes up, Bob is suddenly a huge fan of vending machines in every school cause Bob’s stocks are all in fast food and insulin. Poor Bob.

Have we become a society exhibiting collective symptoms of PTSD?

What do journalism and psychology have in common, besides an understanding of the Reptilian brain? Unlike therapists, media marketers use this knowledge to generate click-bait and ensure profits. Unlike news reporters, therapists attempt to help people self-regulate and reduce feelings of shame for poor choices. Both fields interpret and report on the human experience against the standard of Social Norm. But, up until recently, both fields have failed to recognize the impact of systemic, historical oppression, individual and collective trauma, on how we feel, think, act and respond to the world around us.

Why does the psychopathology of human history matter?

This article summarized it best, but basically, after Vietnam, we started looking at the impact of trauma on behavior. For a long time we focused on veterans who seemed to own exclusive rights to PTSD. Then in 1996 two white male doctors at Kaiser did a study on 18,000 mostly white, college educated people to find out why, after state of the art weight loss surgery, people gain the weight back. They figured out what Sojourner Truth told the world in 1863: It’s the mind that makes the body.

In the absence of healing, affordable housing, love, social inclusion, living wages, access to healthcare, education, equality, stability, food, water, sleep, hope and trust, we’ll do or say just about anything to protect our self.

Kid with sprinkles all over his face: No.

Other survival statements include:

“Crooked Hillary Clinton is the worst and biggest loser of all time.”- Donald Trump

“I want to see a man beaten to a bloody pulp with a high heel shoved in his mouth, like an apple in a pig.”- Andrea Dworkin

“Of course you know the miracle of AIDS, we all do. It’s the only disease that turns fruits into vegetables.”- David Duke

“All I know is I’m transginger and you can’t make me go to the bathroom with cisgingers.” -Eric Cartman, The ‘Cissy’ Episode

Media: How come we have to go to therapy? What about that guy? He’s a hot mess! We’re not that bad.

Therapist: If you go to therapy and lead by example, everyone will follow because you’re the Marsha of the global Brady Bunch. Get it?

The field has made some recent attempts to change. For instance, if Journalism were a person UpWorthy is the result of going to a Life Coach who tells you over and over Good vibes only! You can do it! Codependent dreams do come true…for rich people living in fairy tales.

In order to tell the whole truth we need to include voices and perspectives from the whole community, not just Social Norm and people who went to Northwestern.

The Ethical Journalism Network, which started in 2011, is the closest model I’ve found resembling trauma-informed journalism, which currently only exists as a theory in my head which I’ve now written about three times. #traumainformedjournalism

The Ethical Journalism Network operates under the following 5 Principles:

Since I’m not a journalist, it’s hard to fully assess the efficacy of these principles or how they differ from existing, theoretical principles. Hey, that language is way too fancy. I don’t get it. In other words, they might be full of crap, or wicked smart, but what do I know? I’m just a shrink. And that’s what’s missing from this list.

The Substance Abuse and Mental Health Administration’s (SAMHSA) Six Key Principles and 10 Implementation Domains to a Trauma Informed Approach. These principles are being used to reshape a variety of human service industries, including therapy, healthcare and schools.

Your Question: Yea but not everyone has a substance use or mental health problem so how does this apply to the news?

Therapist: We’re all human. These are human principles. Also, everyone has issues. We’ll be here whenever you’re ready.

If these principles were applied to the media they’d have more power to create world peace than all health and human service industries combined. Seriously, just look at the Kardashians. 127M followers can’t be wrong.

In the context of

Realizing the trauma of human history

Recognizing the signs and symptoms of traumatized people

And would model Responding to events, experiences and effects in ways that aimed to Restore Power and prevent Retraumatization. Meaning, we’d suddenly stop laughing at People of Walmart. Mugshots would elicit empathy.

In short, we would become emotionally intelligent.

Trauma-informed journalism will flip the script from:

This Red State Booms While Blue States Drown in Debt

Florida Likes to Party. All Other Services Must be Sought in Other States. Florida Needs Help But She’s Not Ready And That’s Ok.

In simple terms, the way we tell the news keeps us stuck in a cycle of playing victims, bullies and rescuers; an adopted theory of trauma-informed care and also the basis for every great movie. Instead of evolving we continue playing out the same roles over and over and over again every night on Fox and Friends. Super entertaining but it’s not helping anybody.

If the media modeled healing, empowering perspectives they’re poised to reeducate 2.5 billion newspaper readers, 600 million e-news readers and 1.63 billion tv watchers globally. Not to mention the power of billboards, celebrity endorsements and Powerade! I heard it has electrolytes.

*composites of actual cases blended together to protect identity

Also I seriously wish I had pictures of aliens or Bigfoot to jazz this whole thing up but I don’t.

15 thoughts on “Reporting Our Way to World Peace”