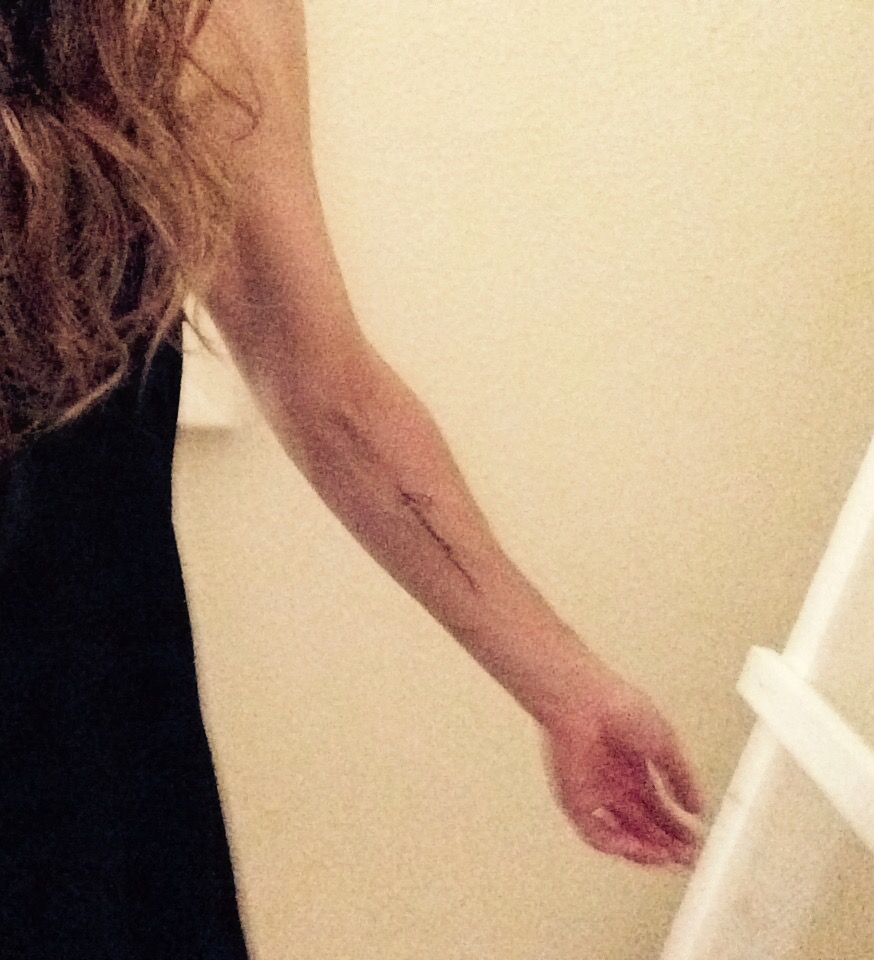 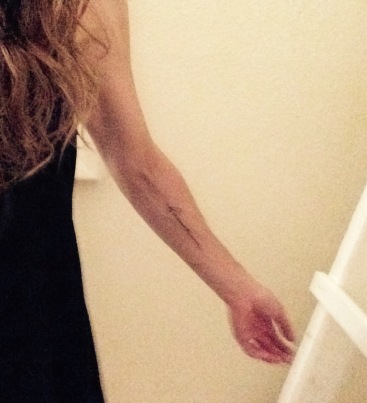 Patience, Prudence, Hope and Despair and Little Hog Island way over there.

When people don’t have skills to manage distressing realities they sometimes assuage discomfort through diminishing, repetitious proclamations; like commercials advertising products you don’t need. It was often contradictory accusations like shut up, I can’t hear you. Stop trying so hard, lazy. You need to do a little soul searching. Oh fa’ gods sake, get off it. Go be a kid. Grow up! Get outta the damn mirror. You look like a ragamuffin. Spit it out. Don’t you dare tell them. Don’t let your father see that. Turn around and go show him. After a while you notice there’s no rhyme or reason to what they’re saying. It’s all their own story and you’re a cave wall. Some people talk over themselves to avoid hearing what even they think, which is a fantastic and sometimes unimaginable amount of anxiety to try and live with. You can wear the short skirt or paper bag; fear based intentions are the real problem. Good and bad things happen because that’s the nature of life. In wounded families or divided cultures anything you say can and will be used against you in a court of war; the only acknowledged, because it’s profitable, form of adversity. Initially you’d come to believe your behavior, even the secret intentions of your heart were somehow controlling everything. Another contradiction; feeling hopelessly powerless but perceiving or deducing you’d somehow been entrusted with Triton-esque magic to turn tides with silent commission. If I crawl into his lap…If I compliment her today…If I don’t admit it hurts…If I just act happy and laugh with them everyone will be safe. Everyone will feel loved. Everything will be ok. Maybe freedom is not the forceful acts of submission or revolt but is instead learning the graceful art of  surrender.

None of what got said was an accurate reflection of the human person but rather a projection and refraction of someone’s shadow against someone else’s light. Authenticity gets slapped with labels in an effort to maintain comfortable facades. Truth tellers (unlike fortune tellers or strippers who we pay for so called pleasantries) get called names like messy, controlling, needy, scared, weird, slutty, serious, stupid, gay and most recently prima donna. That last name hurt because I let it. Those are the kind of people we learn to love in the absence of compassion and ego strength. You’ll never hear you’re acceptable unless there’s an audience and you’re on your knees offering thanks be to God, on your toes bleeding adagio or there’s a circle of rhinestones being pinned to your scalp. I’m your Venus. I’m your fire. At your desire. Why do we give prizes to sexualized children? The same year I strutted down runways in teal spandex I was also some kind of Christmas-pageant angel sanctified by Sister Rita; living archetypes which later showed up in artwork. My ex husband’s homophobia came out in the undertones of his commentary. He assumed every nude woman I painted was a lesbian. Subversive strange like a curved spine or twisted tree gets born from a will to live while dodging social bullets, like a human bonsai. Sometimes I ran to burn calories but mostly to get away. Divorce and relapse were the ultimate disappearing act. Whoever I thought I might want to be was trapped somewhere between my fears of owning an ugly past and a confining present, at least some of which had been the result of my choices. I’d created thousands of rules for myself, mostly to protect people who’d never like or approve of anyone, while living in a kind of hiding which probably led to lots of dares and equal danger. Fear and silence are dangerous. Sometimes we stumble across people or places who offer the space of safe admission and that feels like breathing. I once had a cable man tell me I had cool stuff after moving a table to hook up a cord, under which I’d kept the remains of an altar. The rest of the time it’s like choking on everything we think we shouldn’t or can’t say. The first and only time I threw up from drinking was an accident. My Irish pub server-mates later confessed they were intentionally topping off my glass. Gurl, you work tree jawbs and needed to coot loose. I called my stepfather who assured me it was best to just let it happen and to please hang up before it did. I said no respectable person in my profession would be this irresponsible. What kind of example was I setting? I was too dehydrated to cry, but I was crying. When would the feeling in my face return? When would the room stop spinning? How could anyone voluntarily do this, on purpose?! Why, gawd, why? I’ve never been so hungover in my life. I wanted to die the entire next day. The smell of manchego cheese still makes my teeth hurt. I guess we each have our preferred methods of self-destruction.

There’s so many things I like about losing weight; how it can create silence, restore order, sanity, control and ownership of my body; something about purification and qualities I still associate with being good, meaning safe. When the thing you do to feel safe makes you sick it’s scary. Recovery is like fishing for new safety nets and unless you really know where to go, requires endless patience. I blamed myself for the anemia. Each two hour infusion session the tapes of insufficiency, weakness and selfishness would play out on a loop. Like everything else, if I’d just been a stronger, better person I wouldn’t have made such an expensive mistake. You’ve got no one to blame but yourself. It’s your own damn fault. The frustrating part was it was more likely attributable to stress than hunger but my authority fell out with my hair. No one would believe me so I made the conscious decision to sit with it. It was grief and at first it drowns you. If you’re buoyant you resurface and find yourself staring down reality. Come for Gmork, I am Atreyu. The gift of breakdowns is how they cut through bullshit, most of which is our own. I knew who I was but kept waiting for a permission slip from some credible person outside myself who could stamp my choices with a pain-free guarantee. Do you validate? Can I park here?  There’s no forward motion living that way. I imagined normal families cultivated confidence in their children which led to an ease in decision making. This might be an illusion too. There’s such a thing as becoming too normal which, in my opinion, is another brand of eccentric. Nermal. As in: Are you suffering from an extreme case of Nermalism? Nermal; noun. The condition by which lack of originality has caused extreme exhibits of overtly, often protective or soulless displays of normalcy usually to the point of nihilism. Symptoms may include mainstream wealth, $4 haircuts, comfort footwear, legalism, regular bowel movements, joylessness and elastic waistband pants.

Yesterday I watched church from the cardio deck. I’ve been winning a losing battle since Mexico. The nice west side boy who was tasked with talking about Lamentations inadvertently dismissed racial oppression and every other inhumane, human tragedy while dancing around his own sense of enmeshed entrapment. He has a hard job. American Christianity has this obscure tendency to candy coat life in Christ. Why do we confine the real world to church basements? Is it any wonder those of us in recovery are prone to a perpetual sense of shame? Jesus loves you but you can’t say that on television. Ted Talks are allowed though because rich people. It’s the same thing with therapy and probably governments; our collective truth is only spoken behind closed doors unless we’re the right kind of somebody and I still don’t get it. One of my many sins is judging the pretense of pretension…pretend. Anyway, he quoted someone who said: Life is hard. God is good. But life is hard. The part where he dismissed racial oppression and himself distracted me for the duration of his message. He came too close to putting down Spirituals, the songs sung by slaves to communicate impenetrable faith in the struggle for freedom. Simultaneously, he minimized his own struggles with cute stories about his 4 year old son, donuts and broken cell phones. The good vibes only trend is all about avoidance; its tribe leaders protecting the fragility and likely hidden pain of privilege. Just a guess. Ambivalence disguised as obtuse optimism. Just as this nice pastor was struggling to qualify his experiences I’d spoken with a woman recently who told me she didn’t feel her depression was valid because other people had experienced worse. She referenced that one sliver of my history which gave the familiar sinking feeling. As if now, in addition to healing from the terminal wounds of  whisper, whisper, WHISPER!, I can’t make my font small enough so I won’t say it, but I also have to reassure her that she has a right to have her sad story qualified and I’m really ok. Anyway, I love her and empathize with all of it. I wonder if people in other countries feel the need to out-victim each other, or if they’ve learned how to sit in reflective, supportive compassion. Pain is pain. It’s not a competition. Maybe it boils down to guilt since many of us are secretly or not so secretly aware of how we’ve benefited from the various stigmas and isms or if we struggle to own our contributions to a world of hurt. Like that saying No snowflake in avalanche feels responsible. Shame is a powerful way to reduce someone to nothing. Nothing gets us nowhere. Grace and forgiveness shed light. Imagine what love could do.

Believing I am or was inherently bad has been one of the more dangerous lies I’ve struggled to shake. Every story has two sides and one truth. Love rejoices with the truth, but first it temporarily disrupts or otherwise obstructs someone else’s view. You make a better barn door than window! In other words you’re told to sit down. Stand up. Sit down. Which is it? Clarity begins with disengaging from the rush to choose which requires trust. I find time, more than the idea of prescriptions to be more helpful than anything. We live in world that urges us to hurry up often out of a manufactured perception of scarcity. Take what you can get even if it doesn’t feel right. If it’s night we cry day. Greener grass and all that. Patience is a kinder, more confident friend who creates space for helpful questions to surface and breath to return. Are you really bad? Is that true? Who’s voice are you hearing? Why might they need to say that? What can you control? What can you give? What can you let go? We can’t surrender to everything all at once which is why it takes a lifetime to heal from certain hurts. Confronting a memory in our twenties looks completely different in our forties. Patience gets this and if we practice it we learn to see something old with fresh eyes. Patience can flip a script, like hearing a song you’ve heard before but listening this time. It insinuates faith, assumes best intentions and teaches us to savor now instead of rushing ahead. Patience implies there’s a lesson in the midst of our wait and if we engage her, she makes the crawling and clawing stop. Patience turns their bitter words into something we can choose to understand. In the company of patience a lifetime of war is eventually turned to peace.

5 thoughts on “Night and Day”