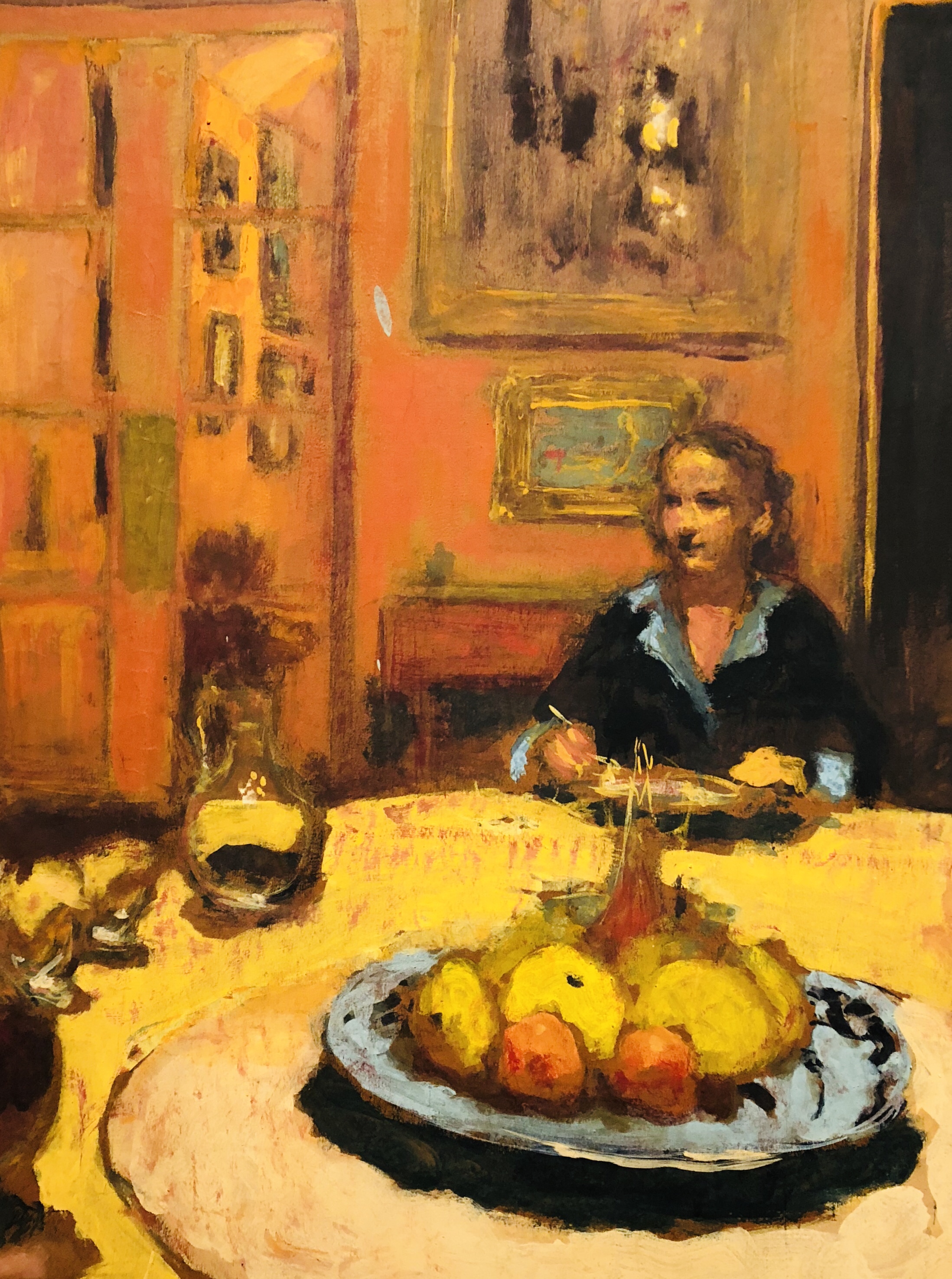 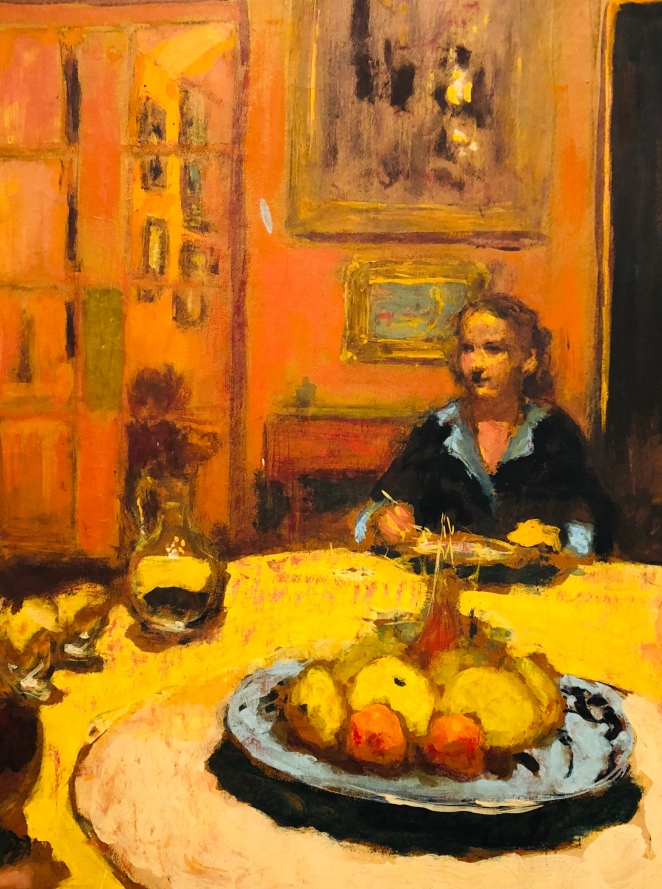 Quora asked me why some people ignore or accept obvious lies, in particular the frightening lies of a certain world leader. While I am a licensed clinical professional, we have an ethical code which prevents us from pinning diagnosis on public animals of any sort, be they elephants, donkeys or actual people. This is a good rule since some of us had too much of the Kool-Aid and without such codes everyone’s mother could end up on a psych unit, diagnosed as ‘hysterical’. In lieu of psychobabble, food can explain.

Let’s say you really love fettuccini alfredo and chocolate cake, who doesn’t? I fantasize about stuffing my face with chocolate chip cookies and pizza even though I eat lettuce every day because that’s life recovering from an eating disorder. Believing my own lies literally almost killed me but it wasn’t until I went into organ failure that I actually faced facts. Are we all this stubborn? I digress. Back to dinner.

Your doctor’s put you on a medically prescribed diet because you just had your fourth bypass. She told you numerous times with certainty, your diet is contributing to your heart disease and if you don’t change your ways it could be fatal. Meanwhile your inner monologue is going blah, blah, blah I’m getting a happy meal on the way home.

It’s Friday night. You worked hard all week. Your partner says Hey babe, let’s go out. You’re sitting in a cozy booth with deep seats. It’s dark. The kind of dark that says let’s get naughty. The entire restaurant smells like warm, spicy, sweet delicious cookery. As your eyes read the nutrition information of every entree, including the salads, appetizers and sides you’re mentally listing all the reasons why you hate this new thing restaurants are doing, along with all the reasons you deserve to have fettuccini alfredo and chocolate cake. You’ve started a silent proclamation in your head in which you’re the defendant of your case for getting what you want, what suits you best, because the thought of changing means in some ways, admitting you’ve been wrong, maybe apologizing for what you’ve put yourself and others through, hoping they’re not mad at you, wondering if they still love you and fearing they’ll love the new, possibly thinner you more which makes you feel sick and angry at the thought that they might love you less right now. Assholes! What? Babe, are you ok? Why is the menu an asshole?

On top of all this you’d have to learn a whole new way of living which will involve painful sacrifices like having oatmeal for breakfast and drinking plain water all day wtf!? and then, dare to hope all those sacrifices will somehow make things better yet you feel a tremendous sense of doubt that you’ll ever fit in with those kale juicing, yoga pants wearing, fruit loving, happy people. Plus, why would god make fettuccine alfredo if he didn’t think people should eat it? What could be more classic than chocolate cake for dessert? It’s probably the oldest, dearest, sweetest, kindest most wholesome tradition on earth!

You’ve even gone so far as to negate the validity of the nutritional information posted on the menu, believing nutritionists are miserable conspirators against food that tastes good and are trying to humiliate people who just want to live life and enjoy themselves. If you only knew the kinda childhood I had you’d support my right to be happy and erase all those calories!! Ugh. That skinny bitch.

In your head, you’re already preparing what you’ll say to your doctor after he reads your next lab results and sees your cholesterol has gone up instead of down; It was the nurses fault. She probably mixed up my tube with someone else’s. You think of ways to blame and shame him for being a lousy doctor while imagining how you’ll tell him you’ve been walking every day, eating nothing but celery, how the medication must not be working and how the world is basically out to get you. It is! You might even threaten to sue because now you’ve started to convince yourself that it’s all true, the nurse is an idiot, nutritionists are skinny bitches, people are shallow jerks who only care about looks and your doctor really isn’t trying that hard to save your life.

There’s still time to reconsider and order the baked fish and steamed broccoli but you’d rather die than sacrifice the warm, creamy, cheesy comfort of the reward you feel owed for all the difficulties and slights you’ve endured, basically your entire life. The thought of being denied a real dinner could almost bring you to tears. I mean, what else is there to look forward to? Life is just full of never ending demands; work, kids, chores, sticking to the budget, paying bills, the in-laws, the neighbors, the holidays. It’s chaos! Is it really so much to ask to just have your damn bowl of pasta and one harmless slice of friggin’ cake?

The server comes to take your order. Do you have any specials on the menu tonight, like say, unconditional love, emotional freedom, self-acceptance, the will to live, enlightenment, self-actualization? Blank stare. Umm, we’re all out of fish tacos but I think we still have some prime rib. No dice. In that case, I’ll start with mozzarella sticks, then I’d like fettuccini alfredo, extra fredo and chocolate cake for dessert, oh and some bread while I’m waiting. Thanks.

I wrote about cake two weeks in a row. I’m sure that means something, like I’m a secretly depraved cake fiend posing as a partially recovered anorexic. Ok that’s probably true. What a world huh? Off to work on the book! Happy Sunday.