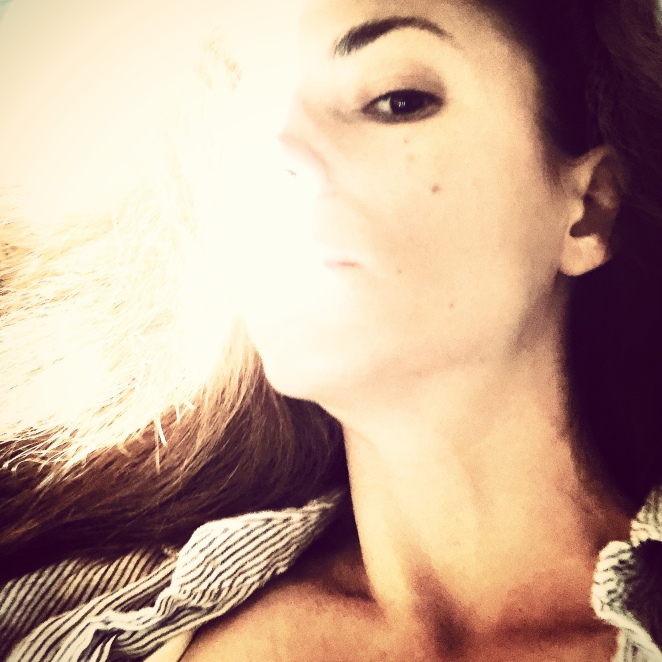 Back in the day I was known for my Axl Rose impressions. Girls would stop bullying me for at least a week before their slumber parties so I’d come with my red bandanna and entertain them. Apparently I have or at least had an appetite for self destruction. Thankfully, I’m not ten or codependent anymore. I still like playing dress up and singing at the top of my lungs but now, I say who, I say when, I say how much.

The adoption of mental health awareness by dominant culture has changed all this for many of us. We might still be considered social outcasts but now our survival skills and abstracted shadows of the circumstances which cultivated generations of need to practice them, have become commodified cash cows by anyone from privileged society who’s ever had a panic attack.

Case in point: Resilience is now being used to sell $60 hormone balancing supplements for presumably rich, blonde white ladies. Meanwhile, the rest of us previously had no word or words to describe our ability to persevere despite centuries of war, famine, oppression, discrimination, exclusion, gentrification and being anything other than some proliferation of Social Norm and his handful of colonizing bff’s. When the shit hit the fan, as it does when you’re down, my mother simply said such is life. She didn’t have the good insurance when her broken uterus all but fell out of her body resulting in an emergency hysterectomy. For the working class, there’s no such thing as sick time so, she tolerated the inevitable and then, sans fancy Resilient pills, got back to work.

Nothing against the Blonde Ponies of the world, I qualify your pain with the same detached understanding or morbid curiosity as you might consider Others. This isn’t true to me. If I’m being honest, I probably saw your plight before you did. Born Rich was a heart breaking bummer. Also, I’m loving this years’ Fall collection and secretly want you to get me into Fashion Week. I’m simply mourning the commodification of the human experience; how the existences of Nobodies failed to be seen or qualified until the right Somebodies started to feel the sting of competing for breathing room or at the very least, discovered there might be an untapped market in human suffering. Global Burnout. Varsity Blues. Jeffery Epstein. The fall of the Hollywood Empire. We weren’t seen until they’d been burned by the spotlights under which they used to shine.

While I identify as a card carrying, licensed member of the trauma-informed movement, I question my own contribution to the assumption that escaping poverty and thriving after complex trauma is as easy as learning to ride a bike. Just get up off your ass and do it like she did! It’s not that easy and back when I started I couldn’t have afforded the reassurance of things like a bike, helmet, knee pads or insurance. I’ve fallen, bled, licked my wounds like some feral, non-germaphobic cat and gotten back up more times than I care to recall. Just because you don’t see us cry doesn’t mean it didn’t hurt. Many of us have had to fling ourselves off the cliff with no net in order to break free, as opposed to the assurance that comes from net-zero investments; nothing lost, nothing gained, except the cream off the top of some clean, green, non-profit machine. How does a six figure making CEO consider themselves or their exploited, in this case human capital, non-profitable?

Why did descendants of slaves, Holocaust survivors, victims of human trafficking, genocidal famines, plagues, interpersonal abuses, rape, religious cults, grieving widows of war and peace have to wait for some middle class, white savior with an extorted degree to write about the ten symptoms of complex trauma before the daily experiences of the have-nots would become common knowledge? You can take a year off to be sick, tired, nurtured, supported and justified by the labels now deemed qualifying while the rest of us still lack access to the luxuries of treatment; parodies of parity. Somehow, when it happens to you it’s still more special.

Why is it those Right Somebodies have to See before the left behind rest of us are merely even considered? Let’s have a hand for The Help. And even now, in our complicity, we’re merely sucking up to the shadows of their light for the consolation-prize of secondary gain and a pay day. You can be my follower. Enjoy these nuts. There’s no consolation in discovering we’ve become a product or domesticated animal. No, Liz, Brene, Russell, Taylor, Reese, Ted, Mighty dick Duck, quack! talks. Hashtag Not Us. Give Burke her cover back.

Adding insult to centuries of injury, we’re now subject to seeing our inherent strengths exploited as marketing tools to sell us back the very abilities we organically discovered in order to endure the hell of executively decreed exclusion. Oh daddy. Don’t go panicking. She’s just some welfare case from Woonsocket. For the record, we never cashed those checks. Pride and Prejudice minus the fortunate son.

No need to be threatened by the rantings of some delusional dreg. This is the kind of charitable crazy you can easily write off as a tax deduction. Nothing to see or care about here, unless you want to take your picture with me while you’re donating to my cause to up the humanitarian quotient on your social media? Otherwise, your palace walls are highly guarded, Harry styled and safely secure. Feel free to use these illusions as proof of your enduring superiority. But if you should change your mind and decide to shatter that looking glass, you know where to find us.

So that happened. The whole thing was prompted by an article I saw, scrolling a news feed on a writing break today. And by the memoir I finished yesterday, wondering about the systemic geometry of status and elevation. These are the thoughts that tend to get choked out and shoved aside by my day job. I stuff, stuff and stuff ideas till they eventually come barreling out whether I have time for them or not. The older I get the less tolerance I have for my own self censorship and that $&@ing alarm. I have no desire to take any of this with me but equally loathe the thought of staying silent, which is vastly different from Quiet. I have thoughts, a voice, ideas and we count too.

4 thoughts on “Use Your Illusion”