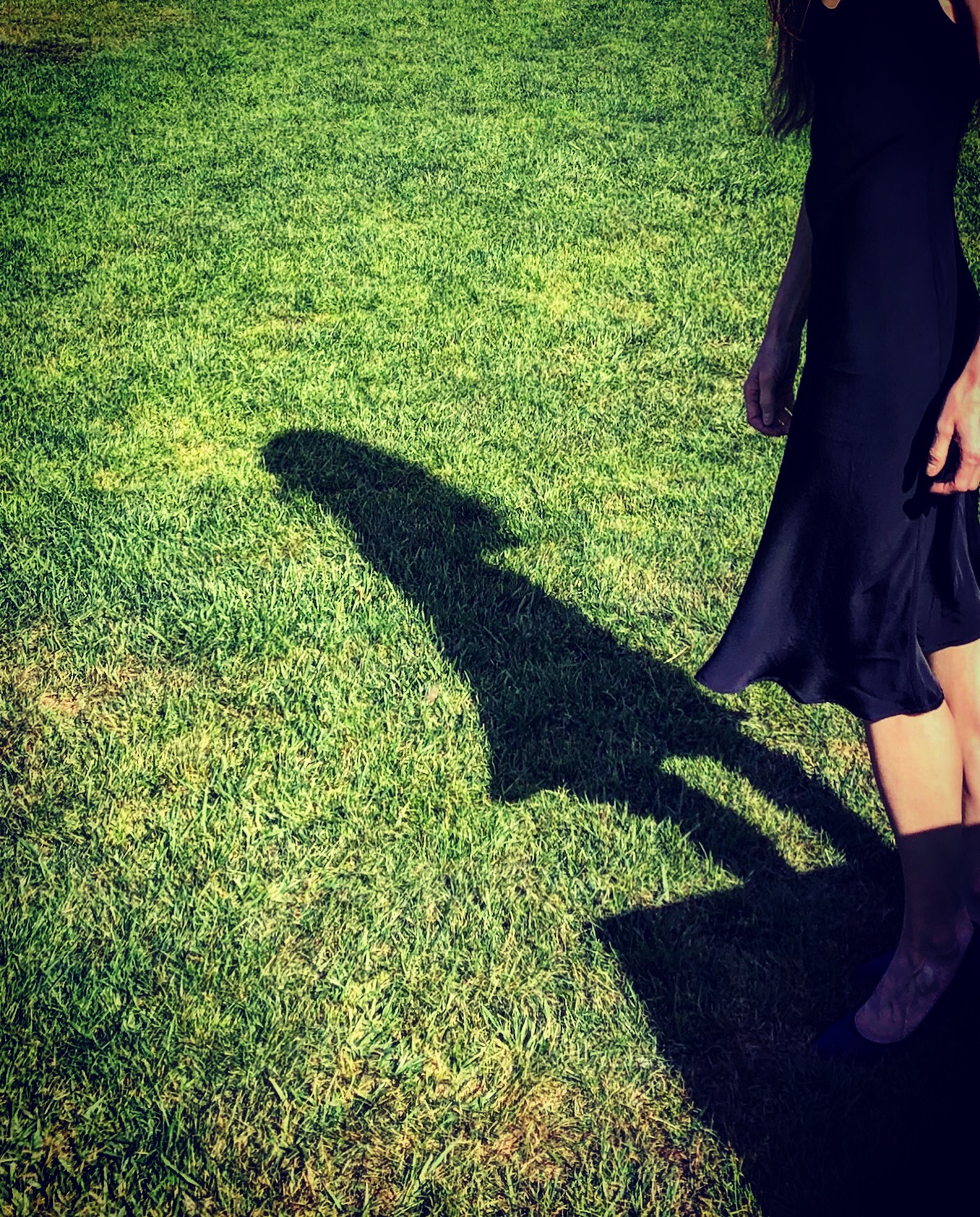 Me and My Shadow 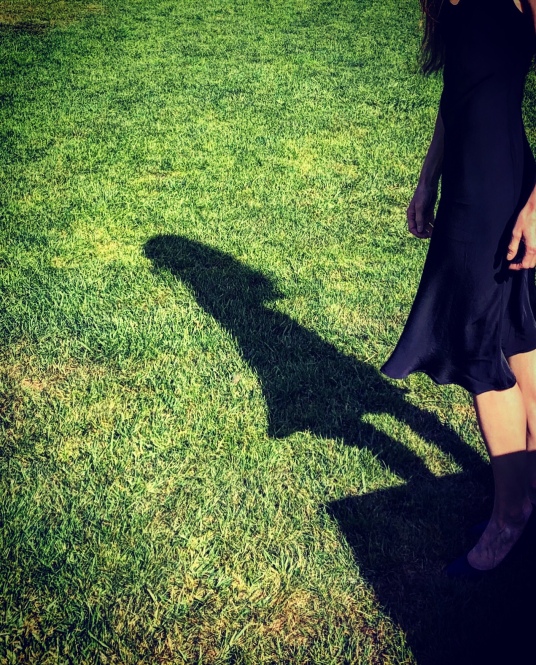 This morning God told me it is well with my soul. And he’s right, as usual. My soul is doing pirouettes through a field of daisies, envisioning countless inspired possibilities, radiating love to all living beings throughout the endless universe. Got the spirit? Let’s hear it. Woo. However, my soul is trapped inside a body which is possessed by a stubborn and terrified child who refuses to eat because we’re stuck in a corporal-cultural prison full of rules and monsters that are complicated to navigate. Trickery and contradiction abound. If nourishment comes from within, why not go without? Most things have Yellow 5 anyway. Maybe everything’s well with my body too. I’ve told her not to worry but that’s all she seems to do. Day in, day out she runs back and forth between me and the world; a Rubik’s Cube in one hand, a Crazy Eight Ball in the other. I found another ridiculous puzzle for us to solve. Have ya’ seen this thing? No one can solve it! Closing her eyes she holds the magic ball in her hands and asks, Will we ever find our way out of the Haunted Dysfunctional Forest, to and through the Great Gates of Self-Actualization and finally have purpose, abundantly valued expression, inner peace and at least one giant comfy white chair? Shaking, then turning the ball over, she reads out loud through the blue bubbly goo, It is decidedly so. Great! Closing her eyes again, she emphatically swirls the ball in circles and asks, How? Looking down into the triangular oracle once more, she reads, It is decidedly so. Damn! This ball must be Buddhist.

Over the past twenty eight years, I’ve taken her to more therapists and doctors than I care to count. We’ve chanted in drum circles, sat for hours on end in infusion rooms, gained and lost all the weight, eaten clean, nothing, dirty, liquid and bowls of homemade frosting. We’ve gotten all the degrees, faced a hundred and one fears while our legs shook and sweat rolled off our elbows. We’ve researched, starting with the entire Charlie Brown Encyclopedia set which we won in a raffle in 5th grade, scouring volumes of collected knowledge for that one secret, vital potion which will break all the spells and chains. When Snoopy’s surrealism failed to provide a clear solution we consulted Morla, Shiva, Jesus, Ryder Waite, Tom Waits, Pythagoras, The Doors, Alice, Amethysts, the sides of shampoo bottles, the moon, stars, thunderstorms, mirrors, dreams and the ocean herself. Each one gave us something which we interpreted as best we could but nothing has yet to shatter the invisible glass between here and there. No light has yet to dissolve this little figure by my side.

Too big to skate by. Too small to matter. But not too tired to keep asking, trying, reaching, knocking, searching, pushing, shoving and banging my head against every brick wall in the path until something finally yields. The hard part is the cycle of trials and error outweighing the stability of solutions. There’s a difference between hanging onto to life by peeling fingernails versus floating in a warm sea of sustenance. It’s not just playing lion tamer to physical hunger but warden to an unquenchable ache buried deep inside a calcified cage. I have no desire to settle for eating a meager breakfast on an abandoned porch in the rain. Somewhere past all the illusions, disguised as temporary satisfaction, is a feast I’ve felt kept or separated from.

Last night, a story about two sisters chipped a crack in the barrier. A thread of light peaked in. Just before wake turned into sleep, I remembered what I was looking for and tasted something other than drought or dread. A rugged twin in the same blue slip dress, stuffed her hooves into woven sandals and sent me into strangers homes to find two platters of processed bread. Instead of going my own way, I found myself on someone else’s mission, doing things I didn’t agree with, to or for, out of an unquestioned necessity. From the looks of the blue-white plastic apartments, wreaking of dirty rugs and self-defeat, there was nowhere else to go. Manufactured rooftops covering the starvation inside, stretched out for miles in every direction. Groups of people milled around anthropologic rubble; each being, an unlived life, moaning incoherently into the empty face of another. Each unit discordantly connected to the next. Every box contained a different version of the same story, yet I knew or at least hoped, if I could somehow be torn apart from her I’d find my out.

There was nowhere to hide to complete this work of becoming. Nosy neighbors spied and lurked in stairwells, prepared with spitballs of opinion, grief, condemnation, judgement or need. If I could just get away and freeze time I could chisel the chip into a hole and crawl through. Time and space refused to yield and eventually so did I, deciding I wouldn’t succumb to thievery for something I didn’t even want. I walked back towards the rugged blue shadow preparing what I’d say when she asked for the stolen bread. I’d tell her it wasn’t what I wanted, it was wrong to steal, she needed to get it herself. She might be angry and tell me all the reasons I was crazy, rude, wrong, selfish or undeserving of more. I’d have nothing I’d want to say for myself since anything but submission to her will would suffice, maybe not even compassion. So, while I waited for the earth to turn on its side towards the sun, I’d stand like stone in patient silence.

“When you are so unhappy you don’t know how to accomplish anything, then to have control over your body becomes an extreme accomplishment. You make of your body your very own kingdom where you are the tyrant, the absolute dictator.”
― The Golden Cage, Hilde Bruch

She reached for the ball one more time, cupped it in both hands, drew it up towards her mouth and whispered in its geometrical ear: Fuck your fake fortunes. Then she smashed it on the ground and painted all her wishes from the puddle of blue goo.

My husband took the photo this past weekend at a wedding we went to in a beautiful coastal town. I’ve spent the past few days being poked and prodded by doctors while trying to find new answers for worn out questions. I’m not unhappy as Hilde suggests, just restless for something I can’t quite name. It’s reassuring to know that God said, it is well with my soul. I’ll start there. xo